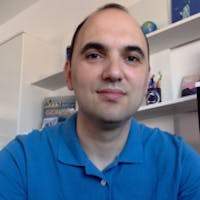 Dr. Armend Tahirsylaj got his PhD degree in Educational Theory and Policy from The Pennsylvania State University in 2015. His research interests include developing students’ creativity and innovation skills through education, international comparative education, K-12 national education policies, and the role of teacher autonomy and responsibility on students’ learning and performance. Prior to joining Penn State, Armend completed a Masters’ degree in Curriculum, Teaching & Learning from the University of Calgary, Canada, did graduate work at the University of Vienna, Austria, and the University of Gothenburg, Sweden, taught at the University of Prishtina, Kosovo, and worked at Kosovo’s Ministry of Education and numerous international educational projects in Kosovo, such as USAID, European Union, CIDA, UNICEF, and UNDP. Armend has been part of the CIC Team from the outset in early 2013 as program manager and now joins the CIC also as an instructor. He looks forward to share and learn with creative and curious people from around the world who will be part of the CIC global community.