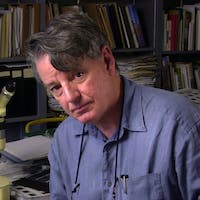 Dr. Cracraft’s research on the systematics and evolution of birds, speciation analysis, and biogeography are all components of his interests in understanding how biotas originate and change over time, and how one understands patterns and processes of diversification. A major research effort in his laboratory involves a detailed description of one of the most spectacular examples of "adaptive radiation": the birds of paradise (Paradisaeidae) of New Guinea and surrounding areas. A second major research project involving his research group is contributing to building the avian Tree of Life. The focus of this research is on the phylogenetic history of the songbirds, which comprise about 60% of all living birds. A related research effort is being put into the analysis of speciation and biogeography of various birds. He and his students have undertaken research on numerous groups of birds in most areas of the world, particularly Latin America and Australasia. Dr. Cracraft has also undertaken research contributing to conservation biology. He and coworkers have published several papers on species concepts and their implications for conservation, and have conducted a genetic study of species limits in tigers. He has also written extensively on biodiversity issues.

Evolution: A Course for Educators