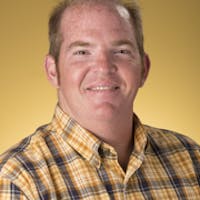 Dr. David Cook is a graduate of the Georgia Institute of Technology where he earned a Bachelor in Applied Mathematics, Bachelor in Mechanical Engineering and a Master in Mechanical Engineering. Dr. Cook also has an MBA from the University of Louisville Dr. Cook earned his Ed.D. in Education Leadership and Technology from the University of Phoenix. Dr. Cook started his professional career at GE Appliances in Louisville KY in 1992. While there, he held many positions in washer, dryer, and refrigeration design. He also did some work in washer manufacturing. Dr. Cook was among the first group of GE employees to be trained in six sigma DFSS and DMAIC methodologies. After leaving GE in 1998, he went to work for a small medical venture capital firm. In this role, he was responsible for manufacturing operations. Dr. Cook returned to engineering in 2000 as a core category leader for screw driving at the Robert Bosch Tool Accessory Division. A year later, Dr. Cook was offered the quality managers position at the Robert Bosch Tool Saw Blade Facility in Toccoa, Georgia. Dr. Cook continued working as a quality manager until 2011 in the power transformer business and the kitchen cabinet business at American Woodmark. Although Dr. Cook has been adjuncting since 1999, he began teaching more actively beginning in 2011. He began working at Kennesaw State University in 2007. Dr. Cook is a certified six sigma green belt and black belt. He has designed and taught six sigma courses as well as mentored six sigma green belts in private industry for thirteen years. He is a RAB accredited ISO lead auditor. Dr. Cook has taught college level statistics for twelve years. He is also an ASQ Certified Manager of Quality and a Certified Quality Engineer. As the quality manager at American Woodmark, he was highly active in Lean initiatives within the plant.

Six Sigma and the Organization (Advanced)