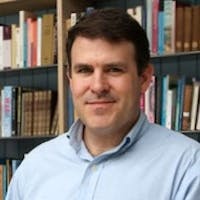 My research focuses on the social and cultural history of the American South during the 19th century, with particular attention to the Civil War. My most recent book, Driven from Home: North Carolina's Refugee Crisis, was published by UGA Press in October 2016. My first book, Moments of Despair: Suicide, Divorce, and Debt in Civil War Era North Carolina (UNC Press, 2011), explored shifting moral sentiments in North Carolina over the course of the 19th century, and was awarded the North Caroliniana Society Book Award for the best non-fiction book of 2011. I have also published articles on labor at the World’s Columbian Exposition, Populism, female education in the Civil War South, African Americans’ historical memory of Abraham Lincoln during the 1930s, and the origins of the 'scourged back' photo.

The Making of the US President: A Short History in Five Elections