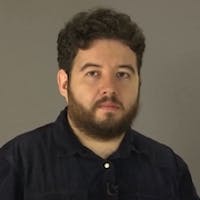 Evgeny Smirnov is an Associate Professor of Mathematics of National Research University Higher School of Economics. His research is on connections of algebraic geometry, Lie theory and algebraic combinatorics. He is a graduate of Moscow State University and the Independent University of Moscow; he received his Ph.D. in 2007 from University of Grenoble I (Universite Joseph Fourier), France, where he worked under the supervision of Prof. Michel Brion. Then he spent two years as a Postdoctoral Fellow in the Hausdorff Center for Mathematics, University of Bonn, and in 2009 joined the Mathematics department at HSE. In 2012 and 2013 he received the HSE Best Teacher Award; he also holds the Dynasty foundation award for young researchers (2012).