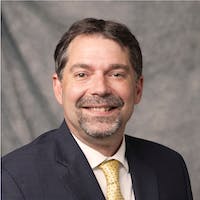 John C. Hart is a Professor of Computer Science and an Associate Dean of the Graduate College at the University of Illinois at Urbana-Champaign. He received his Ph.D. in Electrical Engineering and Computer Science for his work at the Electronic Visualization Lab at the University of Illinois at Chicago in 1991. He has taught and researched computer graphics and data visualization for over 25 years. His research has been supported by Adobe, DARPA, Intel, Microsoft, NSF, Nokia and NVIDIA, and has resulted in over 125 papers, patents and videos. Prof. Hart is a coauthor of the book "Real-Time Shading," a contributing author of "Modeling and Texturing, a Procedural Approach," and is under contract with Pearson for a new introductory computer graphics textbook. Prof. Hart has taught short courses on graphics and visualization at the SIGGRAPH Annual Conference, for Pratt & Whitney and for the Adler Planetarium in Chicago. He is a past Editor-in-Chief for ACM Transactions on Graphics and currently the graphics area editor for ACM Books. He is also a past member of the SIGGRAPH Executive Committee and an Executive Producer of the documentary "The Story of Computer Graphics."