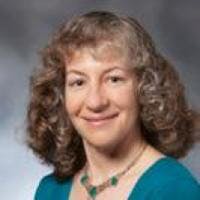 J. A. Jones Professor of Electrical and Computer Engineering

Dr. Nan Marie Jokerst is the J. A. Jones Distinguished Professor of Electrical and Computer Engineering at Duke University, and the Executive Director of the Duke Shared Materials Instrumentation Facility (SMIF), a Duke shared cleanroom and characterization facility. Proferssor Jokerst's work focuses on chip-scale optical sources for optical sensing systems, such as portable medical diagnostics, and environmental monitoring. The technology areas include expertise in optical system design, optoelectronic device and system design, photonic materials and devices, and fabrication of semiconductor devices. Current primary research areas of interest include chip-scale photonic sensing systems, III-V thin-film lasers integrated onto silicon, integrated optoelectronics, optoelectronic devices, metamaterials and integrated plasmonics, and optical interconnects. Dr. Jokerst is a Fellow of the IEEE, and has served as an elected member of the IEEE LEOS Board of Governors, and as the VP for Conferences and as the VP Technical Affairs. She is a Fellow of the Optical Society of America, and has served as Chair of the OSA Engineering Council. Her awards include an NSF Presidential Young Investigator Award, an IEEE Third Millenium Medal, the IEEE/HP Harriet B. Rigas Medal, and the Alumni in Academia Award for the University of Southern California Viterbi School of Engineering. She currently serves on the National Academies Board on Global Science and Technology. She has published over 200 refereed journal and conference publications, and has 6 patents. She received her BS in Physics from Creighton University in 1982, and her MS and PhD in Electrical Engineering from the University of Southern California in 1984 and 1989, respectively.