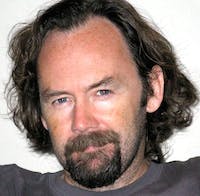 Peter J. Stuckey is a Professor in the Department of Computing and Information Systems at the University of Melbourne. He is a pioneer and leading international researcher in constraint programming. He was a co-author of one of the first constraint logic programming systems CLP(R), and the first textbook on constraint programming. He was awarded the 2010 Google Australia Eureka Prize for Innovation in Computer Science and the 2010 University of Melbourne Woodward Medal for Science and Technology. His current research focus is developing solver independent modelling languages for complex optimization problems as well as next generation solving technology to solve these problems.