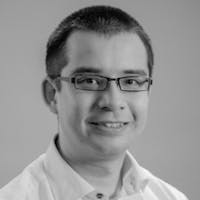 Richard qualified as a doctor in 2008 at Guy’s, King’s & St Thomas’ School of Medicine in London. He completed his MPH at Imperial College London in 2011 and completed his higher specialty training in public health medicine in 2015. He has held a wide range of academic, health service, government and commercial roles. He is currently Director of Undergraduate Public Health Education at Imperial College London. Richard is a Fellow of the UK Faculty of Public Health and a Fellow of the Higher Education Academy.