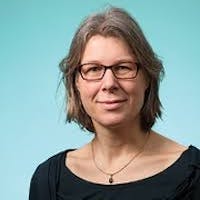 Petra Sijpesteijn is professor of Arabic. Her research concentrates on recovering the experiences of Muslims and non-Muslims living under Islamic rule, using the vast stores of radically under-used documents surviving from the early Islamic world. Starting in 2017, she manages an international research project entitled "Embedding Conquest: Naturalising Muslim Rule in the Early Islamic Empire (600-1000)", funded by the European Research Council. Since 2014, she has been director of the Leiden University Centre for the Study of Islam (LUCIS).