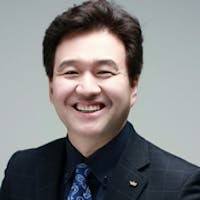 Dr. Soo-Young Kwon is Professor of Pastoral Theology and Director of the Center for Counseling & Coaching Services in the United Graduate School of Theology at Yonsei University, Korea. He has been serving as President of the Korean Association of Christian Counseling & Psychology since 2016, and was recently named President of the Korean Association of Couple & Family Counseling and the Association for the Korean Counseling Professionals in 2017. An ordained United Methodist pastor who had served in cross-racial ministry in the U.S., Kwon’s appreciation for intercultural dialogue continues to influence his teaching as well as his writing for publications such as Journal of Pastoral Care & Counseling, Pastoral Psychology, and Reflective Practice. He is on the editorial board of Pastoral Psychology and The International Series in the Psychology of Religion (Springer Publisher). Kwon’s scholarly work often focuses on ways of relating the fields of theology, psychology, and social sciences. His research interests include methods in pastoral (practical) theology, multicultural counseling, and spiritually integrated psychotherapy. He has written more than 20 books in Korea. He has been a recipient of the Yonsei University Faculty Award for excellence in teaching three times, and received the Best Researcher Award in Humanities in 2007.