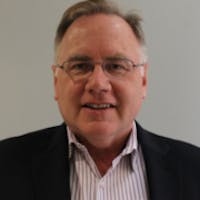 Thomas E. Parkinson is Senior Director of IllinoisVENTURES, based in Champaign-Urbana. He has been investing in, mentoring and advising technology-based startup companies in the Chicago area, the broader Midwest and in Central Appalachia for more than 30 years. He was a partner with Woodland Venture Management, based in Chicago, where he helped raise and manage two venture capital funds that invested in high-growth companies in under-served and fly-over regions of the country. Prior to that, he was the Executive Director of a successful seed capital fund affiliated with Northwestern University and the CFO of an award-winning technology business incubator. Mr. Parkinson has taught courses in entrepreneurship and entrepreneurial finance at the University of Illinois at Chicago, Ohio University, and most recently at Northwestern’s Kellogg School of Management. He taught the capstone class in Kellogg’s Discover-Test-Launch sequence for student entrepreneurs for four years. His students have gone on to raise several million dollars in startup capital and launch more than a dozen new businesses in the US and around the world. He has a BA from Northwestern and an MBA from Kellogg, with a specialization in Urban Economic Development. He is a member of the National Advisory Committee for Pipeline, a prestigious entrepreneurial fellowship program based in Kansas City.

Entrepreneurship I: Laying the Foundation