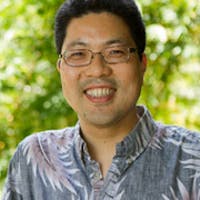 Theodore Jun Yoo is associate professor in the Department of Korean Language and Literature at Yonsei University in Seoul, South Korea. He taught as associate professor in the Department of History at the University of Hawaii at Manoa and was a member of the university's Center for Korean Studies. He obtained his Ph.D from the Department of East Asian Languages and Civilizations(EALC) at The University of Chicago. He developed the Korea Foundation-Social Science Research Council Dissertation Workship and Book Monograph Workshop with and for scholars in Korean Studies. His research interests include modern Korean literature, Korean history, and contemporary Korean culture. He is the author of The Politics of Gender in Colonial Korea: Education, Labor, and Health, 1910–1945 (2014) and It's Madness: The Politics of Mental Health in Colonial Korea (2016). He also contributed to Encounters Old and New in World History: Essays Inspired by Jerry H. Bentley (Perspectives on the Global Past) (2017). He is currently completing a book manuscript entitled The Two Koreas: Two Nations in the Modern World.