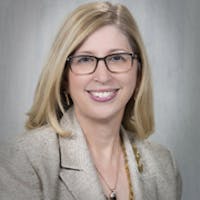 Dr. Woodruff is the Thomas J. Watkins Professor of Obstetrics & Gynecology, the Vice Chair of Research (OB/GYN), the Chief of the Division of Reproductive Science in Medicine, Feinberg School of Medicine, Professor of Molecular Biosciences in the Weinberg College of Arts and Sciences and Professor of Biomedical Engineering in the McCormick School of Engineering at Northwestern University. She is an internationally recognized expert in ovarian biology and, in 2006, coined the term “oncofertility” to describe the merging of two fields: oncology and fertility. She now heads the Oncofertility Consortium, an interdisciplinary team of biomedical and social scientist experts from across the country. She founded and directs the Oncofertility Saturday Academy (OSA), one of several high school outreach programs that engages girls in basic and medical sciences, and developed the concept for a National Physicians Cooperative in Oncofertility (NPC) in order to link medical practices interested in fertility preservation protocols. Dr. Woodruff also serves as the founding director of the Women's Health Research Institute, which has as its mission ‘science to care.’ The goal of the WHRI is to ensure that sex and gender are part of the research mission. Because of her work in inclusion, she was recently interviewed by Leslie Stahl and was highlighted on a 60 Minutes report and has written extensively on inclusion of sex and gender in science and medicine (PNAS, Nature). She was named to the Time Magazine 2013 list of the Worlds Most Influential People as the only scientist on the list. Dr. Woodruff was awarded the Presidential Award for Excellence in Science Mentoring by President Obama in an Oval Office ceremony (2011) and her other awards include the Beacon Award from Frontiers in Reproduction (2013), the Women in Science Award from the Weitzman Institute (2012), and an Alumni Association Merit Award from Northwestern (2012). In addition to her academic stewardship, she served as the President of the Endocrine Society from 2013-2014. Dr. Woodruff leads a large group of scientists, postdoctoral fellows, graduate students, undergraduates, visiting scholars and technicians who together make up the Woodruff Lab (https://www.woodrufflab.org). Members of the lab are making important breakthroughs in follicle biology, oocyte quality and translating this work to patients.