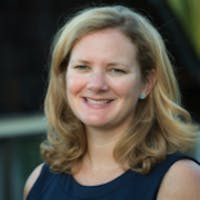 Executive in philanthropy and global health

Gabrielle Fitzgerald is an executive in the philanthropic and global health fields, with over 20 years of experience leading organizations and partnering with leaders to make global change. Most recently, Gabrielle served as the Director of the Ebola Program at the Paul G. Allen Family Foundation, where she was responsible for overseeing and programming Paul Allen’s $100m commitment to Ebola. Gabrielle previously served as the Director of Global Program Advocacy at the Bill & Melinda Gates Foundation, overseeing the team that advanced the policy and advocacy agenda for the Gates Foundation’s 14 global issue areas. In this role, Gabrielle led efforts that raised $1.3b in funding from new philanthropists to solve global health problems, and oversaw the Global Vaccine Summit, held in Abu Dhabi in 2013, which brought together global leaders and stakeholders who committed $4b to delivering a polio free world by 2018. She was also the Gates Foundation’s initial relationship manager for the World Health Organization, building a strategic relationship between the two organizations’ leadership and providing oversight for the $1b in grants to WHO. During Gabrielle’s tenure at the Bill & Melinda Gates Foundation, she spearheaded efforts to put malaria on the global agenda, and built a constituency of supporters and champions working towards a malaria free world. Gabrielle oversaw the Global Malaria Summit in 2007, where Bill & Melinda Gates called for the eradication of Malaria, and led the creation of the United Against Malaria campaign, which won PR Week’s Global Campaign of the Year in 2014. For Gabrielle’s leadership on Malaria, in April of 2014, she was awarded the Johns Hopkins Bloomberg School of Public Health’s Center for Communication Programs (JHU∙CCP) Gold Medallion award. Prior to joining the foundation, Gabrielle spent five years at the U.S. Agency for International Development (USAID), leading the public affairs strategy for the world’s largest funder of HIV/AIDS programs. Previously, she served as the communications director for the U.S. Committee for Refugees. Gabrielle started her career as a speechwriter for President Clinton at The White House. Gabrielle holds a Master of Public Administration from The Maxwell School at Syracuse University, and a Bachelor of Arts from American University in Washington DC.