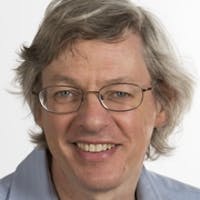 Stuart Lyon is Professor of Corrosion Control and has taught corrosion engineering and materials science to undergraduates and postgraduates at Manchester for over 30 years and for 25 years was a course instructor in the “Corrosion Science and Engineering” industrial short course offered by the University. As a former President of the UK Institute of Corrosion, he has been instrumental in raising the awareness of corrosion problems in industry and in promoting educational opportunities in corrosion and materials science. Stuart was born in Paisley, Scotland and educated at the University of Cambridge ( Trinity College) where he received his BA degree in 1979 and his PhD in 1983. After a short spell in industry he joined the Corrosion and Protection Centre (CPC) at the former University of Manchester Institute of Science and Technology (UMIST). Since 2012 he has held the AkzoNobel Chair of Corrosion Control in the School of Materials where he was also Director of Research from 2013 to 2016. Stuart was President of the Institute of Corrosion (ICorr) from 2005 to 2007 and Trustee and Member of Council for ICorr for 15 years. From 2008 to 2012 he was CEO of Correx Ltd, the trading subsidiary of ICorr where he helped introduce ICATS - the Industrial Coatings and Applicator Training Scheme to the paint contracting industry. He is a member of the Corrosion Committee of the Institute of Materials Minerals and Mining (IoMMM) and, since 2006, Editor-in-Chief of Corrosion Science Engineering and Technology. He was volume editor for the 4th edition of “ "Shreir's Corrosion"” a major textbook and reference work in corrosion science and engineering.