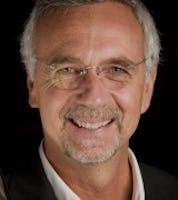 Steven Reiner joined the Stony Brook faculty at the beginning of the 2008-09 academic year after working for more than a decade as a producer for the CBS News magazine program “60 Minutes.” Reiner is the recipient of several national Emmy Awards. During his career at CBS News as a senior producer, producer and director, he traveled extensively in the United States and abroad, covering many of the major news events of the last two decades. Prior to joining CBS News, he worked at both NBC and ABC News. He has also served as an editor for The Atlantic magazine, and the senior editor and executive producer of National Public Radio’s evening news program “All Things Considered.” His professional career in journalism began as a staff reporter for The Record in Bergen County, N.J. Aside from teaching both the introductory and advanced broadcast journalism classes at Stony Brook, Reiner teaches courses in News Literacy, Reporting in New York City and Journalism 24/7. He is a graduate of the University of Wisconsin in Madison. He was editor in chief of the campus newspaper, The Daily Cardinal, during the politically tumultuous period of the late 1960s.