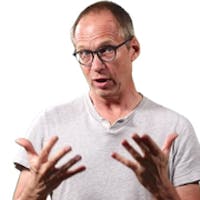 Heiner Igel studied geophysics in Karlsruhe and Edinburgh. He obtained his doctoral degree in 1993 from the Institut de Physique du Globe in Paris developing parallel forward and inverse modelling tools for wave propagation problems. He then moved to the Institute of Theoretical Geophysics in Cambridge, UK, where he worked on wave simulation techniques for regional and global seismic wave propagation. In 1999 he became Professor of Seismology at the Ludwig-Maximilians-University Munich. His current interests include full-waveform inversion, high-performance computing, and rotational ground motions. He is a member of the German National Academy of Sciences.