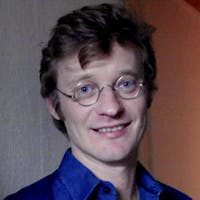 Dr Vincent Goetry, was educated in Belgium and Canada, and speaks French, Dutch and English. He took his first degree and masters in Psychological Sciences at the Free University of Brussels. His doctorate is in the development of reading and writing in bilingual children taught in a second language. Vincent then studied in the University of British Columbia in Vancouver, Canada. The subject was reading and writing in the bilingual context of French and English. At the same time he co-supervised a research project funded by the Ministry of the French Community in Belgium, evaluating bilingual immersion programs in French and Dutch. He edited a revue of the scientific literature about language and learning difficulties for the Belgian Ministry of Health. After that he took a distance learning course with Dyslexia Action, UK, validated by the University of York, finally specializing in individual support for children with dyslexia. He has published numerous articles in scientific journals and contributed chapters to books. Vincent is a teacher-training consultant to Dyslexia International. In 2009, along with a team of volunteers, he directed its first online course in both French and English which he presented at UNESCO, Paris in 2010, and also led a seminar at the second World Dyslexia Forum in 2014. Currently he lectures at the Free University of Brussels and the University of Mons, as well as continuing his private teaching lessons.

Supporting children with difficulties in reading and writing