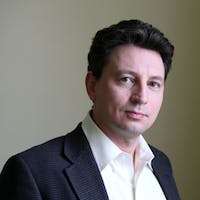 Victor Galitski is a Fellow of the Joint Quantum Institute and Professor at the University of Maryland. He has two PhD degrees in applied mathematics and theoretical condensed matter physics. Dr. Galitski is a theoretical physicist, working on the forefront of quantum science. He has more than 80 publications in top physics journals including Nature, Proceedings of the National Academy of Sciences, Physical Review Letters, and Physical Review series. Galitski’s research in quantum physics is funded by the US Department of Energy, DARPA, National Science Foundation, and the US Army Research Office. Dr. Galitski is a recipient of the NSF CAREER award, Simons Investigator award, and several other awards. He is also a co-author of a 1000-page book, “Exploring quantum mechanics” published by Oxford University Press in 2013, which is arguably the world’s largest collection of solved problems in quantum mechanics spanning just about the full scope of sub-fields of quantum physics.