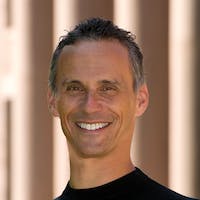 Michael S. Roth is president and University Professor at Wesleyan University. Author and curator (most notably of the exhibition “Sigmund Freud: Conflict and Culture,” which opened at the Library of Congress in 1998), Roth describes his scholarly interests as centered on “how people make sense of the past.” His fifth book, Memory, Trauma and History: Essays on Living with the Past was published in 2011 by Columbia University Press, and he is currently preparing his next book, Why Liberal Education Matters for Yale University Press. He continues to publish essays, book reviews, and commentaries in a wide variety of venues, including national newspapers, scholarly journals, and the Huffington Post. He also blogs at: http://roth.blogs.wesleyan.edu/

How to Change the World

The Modern and the Postmodern (Part 1)

The Modern and the Postmodern (Part 2)