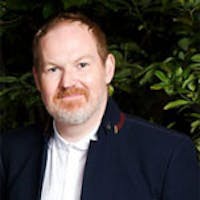 Alan Pert was appointed Director of Melbourne School of Design in October 2012. The appointment followed 6 years as Professor of Architecture and Director of Research at the University of Strathclyde in Glasgow, Scotland. He is a highly acclaimed practitioner of architecture and features in the 'Faces of British Architecture', exhibition and website, which celebrates the wealth of British talent responsible for key building across the globe. Alan's current projects include Maggie's Cancer Care Centre and an 18-bed Palliative Care Hospice in the UK. Alan is also a partner in the Arts and Humanities Research Council (AHRC) funded 'Invisible College' project, which brings together academics, policy makers, artists and local people to tackle issues of regeneration, conservation and education. Since arriving in Australia Alan has extended his research in the area of 'Design for Health' by establishing the new pan-university Masters of Ageing course at The University of Melbourne, submission of a major Australian Research Council (ARC) project in Health Design with a number of industry partners and a competition win a for a new Cancer Centre. He has been a jury member for the Australian Institute of Architects (AIA) Awards and exhibited work at the Gallery of Australian Design in Canberra. As Director of Melbourne School of Design he leads interdisciplinary design studios and research workshops with staff, which focus on breaking down traditional disciplinary boundaries between those who shape cities.