"Fake News" is a word used to mean different things to different people. At its heart, we define "fake news" as any news stories which are false: the article itself is fabricated without verifiable evidence, citations or quotations. Often these stories may be lies and propaganda that is deliberately intended to confuse the viewer, or may be characterized as "click-bait" written for monetary incentives (the writer profits on the number of people who click on the story). In recent years, fake news stories have proliferated via social media, partially because they are so readily and widely spread online. Worse yet, Artificial Intelligence and natural language processing, or NLP, technology is ushering in an era of artificially-generated fake news. Both types of fake news are detectable with the use of NLP and deep learning. In this project, you will learn multiple computational methods of identifying and classifying Fake News. Note: This course works best for learners who are based in the North America region. We’re currently working on providing the same experience in other regions. 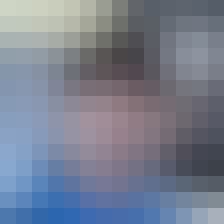