In this guided project, we are going to create a neural network and train it on a small dataset of superhero names to learn to generate similar names. The dataset has over 9000 names of superheroes, supervillains and other fictional characters from a number of different comic books, TV shows and movies. Text generation is a common natural language processing task. We will create a character level language model that will predict the next character for a given input sequence. In order to get a new predicted superhero name, we will need to give our model a seed input - this can be a single character or a sequence of characters, and the model will then generate the next character that it predicts should after the input sequence. This character is then added to the seed input to create a new input, which is then used again to generate the next character, and so on. You will need prior programming experience in Python. Some experience with TensorFlow is recommended. This is a practical, hands on guided project for learners who already have theoretical understanding of Neural Networks, Recurrent Neural Networks, and optimization algorithms like gradient descent but want to understand how to use the TensorFlow to start performing natural language processing tasks like text classification or text generation. Note: This course works best for learners who are based in the North America region. We’re currently working on providing the same experience in other regions.

Prior programming experience in Python. Conceptual understanding of Neural Networks. Prior experience with TensorFlow and Keras is recommended. 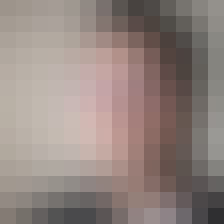 Instructor has a very clear and smooth flow of teaching. Every step of the project is properly explained. Prior Tensorflow knowledge can be helpful though not necessary.

Course doen't generate tangible outcome. It leaves you at a hangover. Otherwise this course is good.

I gained more knowledge about machine learning from this project.