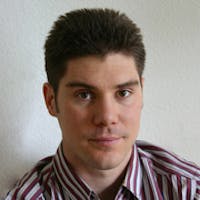 Dr. Aleksandar Prokopec is a software developer and a concurrent and distributed programming researcher, working at Oracle Labs. He obtained a PhD in Computer Science from the Ecole Polytechnique Federale de Lausanne, Switzerland. As a doctoral assistant and member of the Scala team at EPFL, he actively contributed to the Scala programming language, and has worked on programming abstractions for concurrency, data-parallel programming support, and concurrent data structures for Scala. He created the Scala Parallel Collections framework, which is a library for high-level data-parallel programming in Scala, and participated in working groups for Scala concurrency libraries. He previously worked at Google.