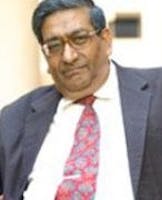 M Rammohan Rao, Professor Emeritus was the Dean at the ISB from 2004 to 2009. He was a tenured Professor of Operations Research at the Stern School of Business, New York University. In addition to University of Rochester and University of Tennessee, he has held various positions at IIM Bangalore including Director, Dean and Professor. He has published over 85 articles in professional journals. He was the President, Association of Indian Management Schools (AIMS); Chairman, All India Board of Management Studies; Chairperson of the Derivatives Market Review committee appointed by SEBI; and President, Operations Research Society of India. He has been a member of the Advisory Board, Board of Directors and Governing council of several reputed Organisations. He has received numerous awards, including the prestigious Fulkerson Prize in 2000, awarded by the Mathematical Programming Society and the American Mathematical Society, the Lifetime Achievement Award in 2009 from the Association of Indian Management Scholars International and the Ravi J. Mathai National Fellowship Award in 2003 from AIMS.