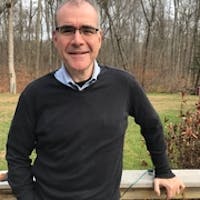 Mitchell Green is Professor and Director of Graduate Studies in the Department of Philosophy at the University of Connecticut. He holds degrees from UC Berkeley, Oxford University, and the University of Pittsburgh. Professor Green conducts research on topics within the Philosophy of Language, Pragmatics, the Philosophy of Mind, and Aesthetics. He is also interested in the evolution of communication, and in self-knowledge and self-deception. Green sits on the Steering Committee of UConn's Cognitive Science Program, and is an Affiliate of the Connecticut Institute of Brain and Cognitive Sciences, and of the Expression, Communication and Origins of Meaning Research Group. He is also involved with the Public Discourse Project housed in the University of Connecticut Humanities Institute. In addition, he is founding director of Project High-Phi, which supports philosophical inquiry in American high schools. In addition to over fifty published articles, Professor Green has written or co-authored four books: Self-Expression (Oxford University Press), Moore's Paradox (co-edited with John Williams; Oxford U.P.), Engaging Philosophy: A Brief Introduction (Hackett Publishing), and Know Thyself: The Value and Limits of Self-Knowledge, which has just been published with Routledge.

Know Thyself - The Value and Limits of Self-Knowledge: The Examined Life

Know Thyself - The Value and Limits of Self-Knowledge: The Unconscious