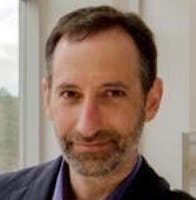 Paul Resnick is the Michael D. Cohen Collegiate Professor of Information and Associate Dean for Research and Faculty Affairs at the University of Michigan School of Information. He previously worked as a researcher at AT&T Labs and AT&T Bell Labs, and as an Assistant Professor at the MIT Sloan School of Management. He received the master's and Ph.D. degrees in Electrical Engineering and Computer Science from MIT, and a bachelor's degree in mathematics from the University of Michigan. Professor Resnick's research focuses on SocioTechnical Capital, productive social relations that are enabled by the ongoing use of information and communication technology. His current projects include nudging people toward politically balanced news consumption and health behavior change, and crowdsourcing rumor tracking and fact-correction on the Internet. Resnick was a pioneer in the field of recommender systems (sometimes called collaborative filtering). Recommender systems guide people to interesting materials based on recommendations from other people. The GroupLens system he helped develop was awarded the 2010 ACM Software Systems Award. His articles have appeared in Scientific American, Wired, Communications of the ACM, The American Economic Review, Management Science, and many other venues. His 2012 MIT Press book (co-authored with Robert Kraut), was titled “Building Successful Online Communities: Evidence-based Social Design.”

Data Collection and Processing with Python