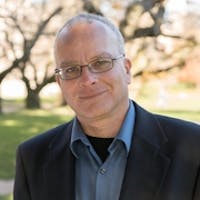 Richard Moore is a lecturer in the International and English Language Programs at the University of Washington in Seattle. He has been a teacher for over 20 years. He is originally from England just outside of London, and has taught English in the U.K., Australia and Korea. Richard decided to become a teacher of English because he loves languages, travelling and working with different groups of people from around the world.

Lesson | Business English Skills: How to Write Effective Openings and Closings to Emails

Lesson | Business English Skills: How to Navigate Tone, Formality, and Directness in Emails