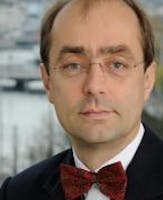 Karl Schmedders has been a Professor of Quantitative Business Administration in the Faculty of Economics, Business Administration and Information Technology at the University in Zurich since 2008. In addition, he is a Visiting Professor of Executive Education at the Kellogg School of Management, Northwestern University in Evanston, U.S.A. He also serves as the Head of the Knowledge Center of the Swiss Finance Institute, a private foundation in Switzerland supporting and advancing research, doctoral training and executive education in banking and finance. Karl received a Ph.D. in operations research from Stanford University in 1996. After a two-year post-doc at the Hoover Institution, a think tank on the Stanford campus, he became an assistant professor of managerial economics and decision sciences at the Kellogg School of Management, Northwestern University. He was promoted to associate professor in 2001 and received tenure at Kellogg in 2005. He continued to work at Kellogg until his departure to Zurich. His research focuses on computational economics and finance. He applies numerical solution techniques to complex economic and financial models shedding light on relevant practical problems. He has published numerous research articles in international academic journals such as Econometrica, The Review of Economic Studies, The Journal of Finance, and The Review of Financial Studies, among others. Karl is a Co-Editor of the Econometric Society Journal “Quantitative Economics” and an area editor at the INFORMS journal "Operations Research". Karl has received numerous teaching awards at Stanford, Kellogg and WHU, including the 1996 Walter J. Gores Award, Stanford University‘s most prestigious teaching award, and the 2002 L.G. Lavengood Professor of the Year Award at Kellogg. While ruefully non-athletic himself, Karl is a passionate football (soccer) fan and a member of the club FC Bayern München as well as the German National Team Fan Club.

An Intuitive Introduction to Probability