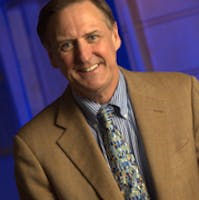 By studying the operations of the major financial markets in the mid-1990s, Bill Christie, along with Professor Paul Schultz (Notre Dame), concluded that Nasdaq market makers were implicitly colluding to maintain artificially high trading profits at the expense of investors. His research subsequently resulted in a sweeping reform of the Nasdaq market, the introduction of the SEC Order Handling Rules, and a $1.027 billion settlement against the defendants. Professors Christie and Schultz won first prize in the 1995 Smith Breeden competition for outstanding papers published in the Journal of Finance based on this research. His recent publications include “Market microstructure of the Pink Sheets” with Nick Bollen in the Journal of Banking and Finance, “Wall Street scandals: The curative effects of law and finance” with Bob Thompson in the Washington University Law Review and “Do firms time equity offerings? Evidence from the 1930s and 1940s” with Tim Burch and Vikram Nanda in Financial Management. Professor Christie was co-editor of the Journal of Financial Intermediation from 1999 through June 2005, and has served as Executive Editor of Financial Management since August 2005. He has served on the Business Accreditation Committee of the Association to Advance Collegiate Schools of Business; on the Board of Directors of the Graduate Management Admissions Council; as an Academic Director of the Financial Management Association, and a three-year term on Nasdaq's Economic Advisory Board. Professor Christie has served as Associate Dean for Faculty Development at Owen from September 1999 – July 2000, and from August 2007 – October 2008. He also served as Dean of the Owen Graduate School of Management from 2000-2004. He was appointed to the Frances Hampton Curry Professor of Finance chair in July of 2004, and received a secondary appointment in the Law School in January 2005.