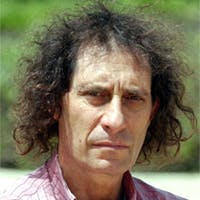 Prof. Idan Segev is the David & Inez Myers Professor in Computational Neuroscience and former director of the Interdisciplinary Center for Neural Computation (ICNC) at the Hebrew University of Jerusalem, where he received B.Sc. in Math, and Ph.D. in experimental and theoretical neurobiology. His work has been published in top journals such as Science, Nature, PNAS and he has received several awards including “best teacher” in international brain-courses, including the “EU advance course in computational neuroscience”). His research team utilizes computational and theoretical tools to study how neurons, the elementary microchips of the brain, compute and dynamically adapt to our ever-changing environment. In recent years, his group has worked jointly with several experimental groups worldwide in an endeavor to model a whole piece of the mammalian cortex with the ultimate goal of unraveling how local fine variations within the cortical network underlie specific behavioral function and may give rise to certain brain diseases or to healthy and “individual” brains. Segev takes a keen interest in the connection between art and the brain, and recently co-edited an “Artists Book” with original etchings by ten top Israeli artists, which were prompted by an encounter with ICNC researchers.