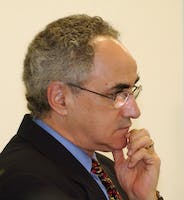 David Zweig is Professor Emeritus of Division of Social Science, and Director, Center on China’s Transnational Relations, The Hong Kong University of Science and Technology (www.cctr.ust.hk). He has taught Chinese politics as well as various courses on China and the World for more than 30 years. His PhD is from The University of Michigan and he was a Harvard postdoctoral fellow in 1984-86. He teaches undergraduates and graduate students in the School of Humanities and Social Sciences, as well as students in HKUST’s EMBA program, which is often ranked first in the world, as well as the MBA program. He lived in China from 1974-76 as a foreign student, and has carried out field research in China for much of the past 35 years. While his early research focused on rural China—he lived in the countryside during the dismantling of the communal agricultural system—since the early-1990s he has focused on China’s relations with the outside world. He is one of the world's leading specialists on China's reverse migration of human talent, and has worked closely with various offices responsible for personnel and talent within the government and the Communist Party. He also specializes in China's search for resources and his 2005 article, "China's Global Search for Oil," was the most downloaded article in Foreign Affairs in 2005. His new book, called US-China Energy Triangles: Resource diplomacy under hegemony, will be out from Routledge in 2015. He frequently expresses his views about China through the media, including the South China Morning Post and the Wall Street Journal, and is frequently interviewed for TV by CNN, BBC, Reuters and Bloomberg, Phoenix Television (in Chinese) and the Australian Broadcast Company. He has lived in Hong Kong for 19 years with his wife and children.