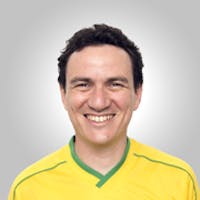 Carlos Guestrin is the Amazon Professor of Machine Learning at the Computer Science & Engineering Department of the University of Washington. He is also a co-founder and CEO of Dato, Inc., focusing on making it easy to build intelligent applications that use large-scale machine learning at their core. His previous positions include the Finmeccanica Associate Professor at Carnegie Mellon University and senior researcher at the Intel Research Lab in Berkeley. Carlos is a recipient of a National Science Foundation CAREER Award, an Alfred P. Sloan Fellowship, and the Stanford Centennial Teaching Assistant Award. Carlos was also named one of the 2008 `Brilliant 10' by Popular Science Magazine, received the IJCAI Computers and Thought Award from the top AI conference, and the Presidential Early Career Award for Scientists and Engineers (PECASE) from President Obama.