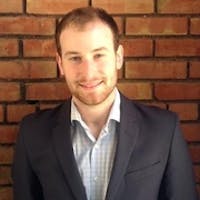 Richard (“Ricky”) J. Volante, Esq. (@EssexAce13 on Twitter) is a sports and entertainment agent and consultant at Sixth City Sports & Entertainment, LLC, a sports and entertainment consultation and representation firm. Additionally, Ricky is admitted to the Ohio Bar and recently co-founded Victor & Volante, Co., a firm that focuses on sports and entertainment law. Ricky is an attorney licensed to practice in the state of Ohio and serves as Managing Partner of Victor & Volante, Co. He has primarily focused on legal issues related to professional and amateur sports, film and television, business formation and regulation, intellectual property, digital media, the Internet and music. Over the last six years, Ricky has been involved with event management and operation, facility management, branding and marketing, sponsorships and activation, market analysis and research, strategic planning, legal research and contract drafting. Additionally, Ricky has a special interest in the film, television and music industries given his experiences with the Greater Cleveland Film Commission, film executives in Los Angeles and the musicians that he represents. Additionally, he is a sports and entertainment agent and consultant at Sixth City Sports & Entertainment, LLC. Ricky graduated summa cum laude from Lake Erie College with a Bachelor of Science in Sports Management, and received the Class of 2012 Academic Excellence Award for the School of Business. Ricky completed his Juris Doctorate (J.D.) at Cleveland-Marshall College of Law, while completing placements at SPIRE Institute, an Olympic Training Site, and the Mid-American Conference and serving as President of the Entertainment and Sports Law Association.