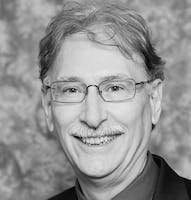 Gary LaFree is Director of the National Consortium for the Study of Terrorism and Responses to Terrorism (START) at the University of Maryland, as well as professor in the Department of Criminology and Criminal Justice. He received his PhD in Sociology from Indiana University in 1979. Dr. LaFree is a Fellow of the American Society of Criminology (ASC) and served as President of the ASC in 2005 to 2006. He has also served on the Executive Committee of the National Academy of Sciences (NAS) Crime, Law and Justice Committee and NAS’s Division of Behavioral and Economic Sciences and Education. He has also served as the President of the ASC's Division on International Criminology (1991-1993), the Chair of the American Sociological Association's Section on Crime, Law and Deviance (1991-1993) and a member of the Executive Committee of the Justice Research Statistics Association (2000-2001; 1993-1994). He was named a Distinguished Scholar Teacher at the University of Maryland in 2012. Much of Dr. LaFree's research is related to understanding criminal violence and he is the senior member of the team that created and now maintains the Global Terrorism Database, a major project being supported by START.

Understanding Terrorism and the Terrorist Threat