In this course we will examine the aviation and Internet infrastructures, and various policies that have been developed to help guide and strengthen their cybersecurity programs. The aviation and Internet infrastructures are also considered "lifeline infrastructure" as part of the transportation and communications sectors. Both subsectors are overseen by the Department of Homeland Security National Protection and Programs Directorate which manages the DHS National Infrastructure Protection Program. SSA responsibility for the aviation subsector is shared between the Transportation Security Administration and Federal Aviation Administration under the auspices of the Department of Homeland Security and Department of Transportation respectively. The Department of Homeland Security retains sole responsibility as the Sector-Specific Agency for the Internet subsector. While TSA and FAA have regulatory over the aviation subsector, DHS has no regulatory authority whatsoever over the Internet. In response to Executive Order 13636 issued by President Obama in February 2013, both sets of SSAs recommended continuing with voluntary cybersecurity measures. TSA and FAA reported they were working to implement the Transportation Roadmap across all transportation subsectors, including aviation. DHS reported that it was working with Internet providers to implement the Cyber Assessment Risk Management Approach. Despite some differences, the Transportation Roadmap and CARMA are very similar to the NIST Cybersecrity Framework and ES-C2M2 examined previously. That is to say, they are predicated on a continuous improvement process that engages the whole organization in identifying and implementing incremental changes to enhance cybersecurity practices based on prevailing standards. This module will examine both the aviation and Internet lifeline infrastructure subsectors, and elements and application of the Transportation Roadmap and CARMA. 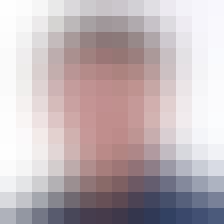 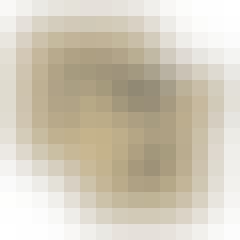 The University of Colorado is a recognized leader in higher education on the national and global stage. We collaborate to meet the diverse needs of our students and communities. We promote innovation, encourage discovery and support the extension of knowledge in ways unique to the state of Colorado and beyond.

In this module will examine the aviation subsector and the Transportation Roadmap for strengthening this infrastructure's resistance to cyber attack.

In this module we will examine the difference between cybersecurity for fixed versus mobile assets, and take a closer look at the Transportation Roadmap and apply its tenets to different hypothetical situations. Also included in this module is course exam #5. Good luck!

In this module will examine the Internet subsector and the Cyber Assessment Risk Management Approach for strengthening this infrastructure's resistance to cyber attack.

In this module we will take a closer look at the Cyber Assessment and Risk Management Approach and apply its tenets to different hypothetical situations. Also included in this module is the course exam #6 and related project assignment. Good luck!

All lectures/videos were a fantastic summary of the relevant readings provided - succinct and in-depth. Having the week 4 lectures with multiple practice questions were useful leading into the exam.

Very useful for understand and applying the theory of internet and aviation security. I particularly appreciate the practical exercises available at the end of each lesson.

Very interesting and intriguing course, also very challenging. Loved to learn something useful and I would definitely recommend it to people if this subject interest you.

very good for beginner in the field of cybersecurity! very clear pronunciation and teaching style is very well engaged throughout the course. Thank you!