All goods and services are subject to scarcity at some level. Scarcity means that society must develop some allocation mechanism – rules to determine who gets what. Over recorded history, these allocation rules were usually command based – the king or the emperor would decide. In contemporary times, most countries have turned to market based allocation systems. In markets, prices act as rationing devices, encouraging or discouraging production and encouraging or discouraging consumption in such a way as to find an equilibrium allocation of resources. We will construct demand curves to capture consumer behavior and supply curves to capture producer behavior. The resulting equilibrium price “rations” the scarce commodity. Markets are frequent targets of government intervention. This intervention can be direct control of prices or it could be indirect price pressure through the imposition of taxes or subsidies. Both forms of intervention are impacted by elasticity of demand.

After this course, you will be able to: • Describe consumer behavior as captured by the demand curve. • Describe producer behavior as captured by the supply curve. • Explain equilibrium in a market. • Explain the impact of taxes and price controls on market equilibrium. • Explain elasticity of demand. • Describe cost theory and how firms optimize given the constraints of their own costs and an exogenously given price. This course is part of the iMBA offered by the University of Illinois, a flexible, fully-accredited online MBA at an incredibly competitive price. For more information, please see the Resource page in this course and onlinemba.illinois.edu. 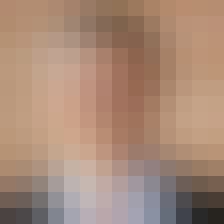 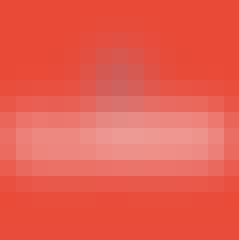 The University of Illinois at Urbana-Champaign is a world leader in research, teaching and public engagement, distinguished by the breadth of its programs, broad academic excellence, and internationally renowned faculty and alumni. Illinois serves the world by creating knowledge, preparing students for lives of impact, and finding solutions to critical societal needs.

You will become familiar with the course, your classmates, and our learning environment. The orientation will also help you obtain the technical skills required for the course.

Markets are frequent targets of governments. This module will introduce government policy intervention into the market. This intervention can be direct control of prices or it could be indirect price pressure through the imposition of taxes or subsidies. Both forms of intervention are impacted by elasticity.

This module will introduce cost theory. Firms are interested in producing profits, which are the residuals when costs are subtracted from revenue. Earlier modules constructed demand curves. They give us an idea of how many units of product we can sell at different prices; this would be firm revenue. We will work to understand inputs, production, and costs.

The firm goal of profit maximization requires an understanding of costs and revenues. In this module, we will see how a firm optimally responds to a given market price by finding the profit maximizing output. The level of profits at this maximum profit point will help determine short run equilibrium.

This was awesome. I did not know Firm Level Economics when I joined this course. The explanations were simple and Prof DeBrock explained really difficult concepts in a very easy to understand manner.

In the beginning I thought this was going to be a very basic course, but the way the professor explained the topics really make it interesting a practical, going beyond the classical economic theory.

Larry is one of my all time favorite professors. No one teaches price theory like him. He makes the material entertaining and creates an enjoyable learning experience. I wish he taught more courses.

Had lot of fun learning in this course. Although I had a basic concept of economics but with the help of this course I now have a clear and better understanding on Consumer and producer behavior.

In order to effectively manage and operate a business, managers and leaders need to understand the market characteristics and economic environment they operate in. In this Specialization, you will build a solid understanding of the operation of markets and the macro-economic environment with real-world examples. You will be able to identify firm and country-level economic factors that impact business decisions, develop an analytical framework using statistical tools, and apply economic theory and data in the analysis of business environment and trends to make effective business decisions.

The capstone project involves an in-depth analysis of an actual business situation in which you will examine the global economic environment of a business. The final project will be a business plan that uses statistical tools and economic theory to create a comprehensive analysis of the microeconomic and macroeconomic environment in which the focal company operates. This Specialization is part of the University of Illinois Masters of Business Administration degree program, the iMBA. Learn more about the admission into the program here and how your Coursera work can be leveraged if accepted into the program. You can also start with for-credit courses within the Illinois iMBA degree program.